Plants are amazing.  Not only do they provide us with the oxygen which we need to live, and make our surroundings really pretty, but they also actually filter out impurities and toxins from the air.

This was discovered in the 1960’s by Bill Wolverton, an environmental scientist.  His research was eventually sponsored by NASA in their search for ways to clean air in space stations.  But never mind in space, it’s relevant for us common earth dwellers as well, since it’s said that indoor pollution may be higher than outdoor pollution…read more on this here.  Which is why plants are such a benefit in the home.

All plants can purify air to some extent, but some plants are more beneficial than others, removing up to 90% of chemicals in the air within 24 hours.  Carcinogenic chemicals are also removed.

On the other hand, in one study it was found that some plants actually also released VOCs (volatile organic compounds) into the air, which are harmful to people and pets.  The study did however find that many of the VOCs released came from the plastic pot in which the plant was planted, and some of the VOCs were ingredients from pesticides administered during the growing phase of the plant.

Some of the common household pollutants removed by plants include benzene, formaldehyde, trichloroethylene, xylene, toluene, carbon monoxide, ammonia and even mold spores. 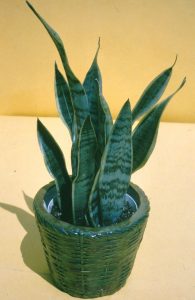 Aka mother-in-law’s tongue.  This seems to be one of the best air-purifying plants suggests NASA, as it removes 107 known air pollutants, including benzene, formaldehyde, trichloroethylene, xylene, toluene and nitrogen monoxide.

This plant produces a lot of oxygen at night which is helpful for improving sleep, so it’s a good plant to keep in the bedroom.  It is however toxic, so should be kept out of reach of children, cats and dogs. 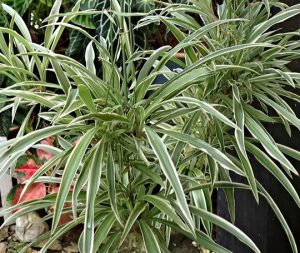 NASA says this is one of the top plants for removing formaldehyde.  It also removes carbon monoxide, xylene and toluene, and in a study also conducted by Wolverton, it was noted that in a room with many spider plants, the carbon monoxide and nitrogen dioxide dropped down to near zero after only 24 hours.

It’s non-toxic to humans and pets (although 1 source said it may be mildly toxic to dogs). 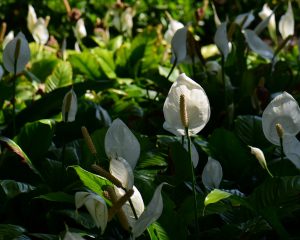 The plant is a good general air purifier as it removes all common indoor pollutants caused by furniture, electronics and household cleaners, including benzene, formaldehyde, trichloroethylene, xylene, toluene and ammonia.  It also removes mold spores which is why a bathroom could benefit from this plant being placed there.

The peace lily is toxic to humans and dogs and especially toxic to cats, so will have to be placed in a very safe place out of reach. 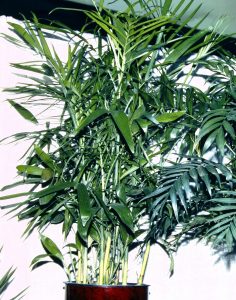 This one is very good at removing formaldehyde, and also removes xylene and toluene.  It it also a natural humidifier, and non-toxic to cats and dogs. 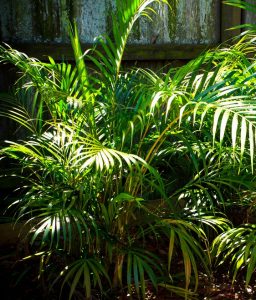 The palm is good for removing formaldehyde, xylene and toluene.  It’s also non-toxic to cats and dogs. 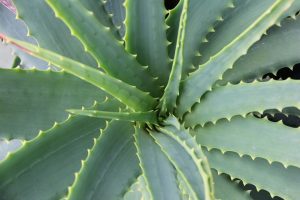 Aloe vera removes benzene and formaldehyde.  While it’s generally safe and is well-known as a healing plant, it is an irritant to some. 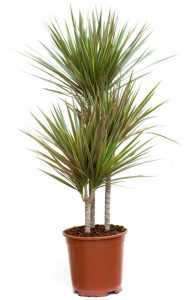 Aka the dragon tree.  It removes benzene, formaldehyde, trichloroethylene, xylene and toluene. It’s also toxic to cats and dogs. 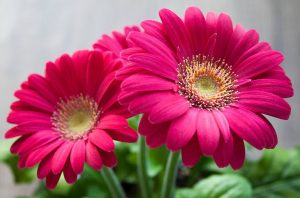 Who’d have thought something so pretty could be absorbing all those nasty toxins?  This plant removes benzene, formaldehyde and trichloroethylene.  It also releases a lot of oxygen at night time.  And is non-toxic to cats and dogs. 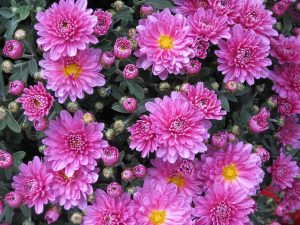 Aka mums.   Another good air purifier, as it filters out benzene, formaldehyde, trichloroethylene, xylene, benzene and ammonia.  It is however very toxic to people, cats and dogs, so best to keep this one well out of reach of everyone.

This plant is very good at removing mold spores, and so might be helpful for someone suffering from allergies and asthma.  It also removes benzene, formaldehyde, trichloroethylene, xylene and toluene.  A good general air purifier to have around.

This ivy is also toxic to people, cats and dogs.

And the list can go on for more air purifying plants…these are only some of the most common ones used.  Now there’s no better reason to beautify your home with lots and lots of plants.